It can be hard to remember life without online casinos, but veteran players will remember when there was no internet, and you could only play at offline casinos. So let’s take a look at how online casinos were invented and how they have evolved over the years to meet the needs of a growing community.

When Have People Started Gambling?

Gambling is an inherent part of life. No matter where you go, cultures worldwide have always enjoyed playing games of chance. But does anyone know when people actually started playing these games?

Historians aren’t sure when people started betting on games of chance, but they do agree that the practice began before anyone started to write the history of world history. We know that dice were used for gambling, and later playing cards would also become a popular form of gambling. As we already know, these games continued to evolve over time until they became mechanical games such as roulette and slot machines, among many others.

The Invention of the First Casinos

Gambling houses have been around in one form or another for hundreds of years, but the first record of an official casino dates back to 1638. This casino was known as the “Risotto” and was located in Venice, Italy. Over time, the popularity of casinos grew, and by the 19th century, they were pretty common throughout Europe.

Meanwhile, in America, the early casinos weren’t known as such but were easily recognizable locations in most Western movies. In addition to being a place to rest and have a drink, they were the cradle of many gambling games and the first gambling houses in the United States.

Over time, some countries decided to handle gambling and casinos a bit differently. In the United States, for example, games of chance were prohibited at the beginning of the 20th century before being legalized again in the state of Nevada, which is why the Las Vegas Strip is one of the most popular casino and gaming destinations a century later. Other countries, such as Monaco, embraced the game and made it a crucial part of their history.

But no matter where you live, there’s no question that casino culture flourished over the last century. There may not be a casino in your hometown or your own country, but if you wanted to visit a casino, you could, even if it meant getting on a plane and traveling to another country. Cities like Las Vegas became synonymous with gambling, and casinos went from dark places to bright, luxurious places filled with food, drink, entertainment, and, of course, plenty of gambling.

A young man celebrates a win while playing online casino games on his laptop. Although the development of the technologies that would later become the Internet began in the 1960s, it was nothing like the Internet we use today. Indeed, the World Wide Web came together in the late 1980s and became accessible to the public in 1993. With the Internet up and running, an unprecedented number of opportunities await us, including the possibility of developing the world’s first online casino.

Microgaming saw the Internet’s potential and developed the world’s first online gaming software. But before this software could be used safely, these online casinos required a way to protect financial transactions for their customers. Fortunately, a company called CryptoLogic had been working on a solution that encrypted online transfers, which was eventually released in 1995. This software prevented cybercriminals from accessing or intercepting players’ financial data. With these two technologies in place, it was the perfect time to launch an online casino.

Many sources agree that the first company to take advantage of these developments and launch an online casino was CryptoLogic, which developed data encryption software to protect financial information online. The first online casino was finally launched in 1996 under the name InterCasino.

During this time, like many other websites, InterCasino was a dinosaur compared to the platforms it is played on today. But despite its simple offering and archaic appearance, it was the first place people could deposit money and play online casino games.

Of course, InterCasino was just the pioneer of a booming industry: in 1998, there were more than 700 online casinos where people could play for real money.

The Evolution of Online Casinos

As technology evolved, online casinos began to offer more visually exciting experiences and more enjoyable games. Thanks to a technology called Flash, many of these (relatively) new platforms achieved these more creative and engaging results. This popular digital tool allowed developers to do a wide variety of things, including creating animations and videos, new games, and websites. Flash was considered the standard tool for visual web content, and some online casinos based their entire platforms on it.

However, despite the many benefits that Flash offered, it also had some drawbacks, such as some security issues and high resource consumption. While security was a general issue that affected all devices, resource consumption was a specific issue for mobile devices, as they had limited battery life and quickly drained due to the use of Flash technology.

Fortunately, a new technology that would replace Flash and bring all its benefits was on the way: HTML5. This technology was more secure and worked exceptionally well on all devices, including mobile phones. It made it even more suitable for newer smartphones, which became increasingly popular after Apple released its first iPhone in 2007.

Since the early 2000s, Internet speeds have increased dramatically. Dial-up Internet access, the norm in the 1990s, was replaced by DSL, which in turn was replaced by fiber and other faster wireless technologies.

This progress meant that developers could get into the business of creating new experiences, including new online slots or completely original gambling genres like variety games. Some brilliant minds have even started replacing online casino games with live dealer versions, streaming live games directly to online players from a studio or land-based casino.

The Future of Online Casinos

Undoubtedly, online casinos won’t stop evolving and adapting to the needs of casino lovers worldwide, but in what direction will the industry go? Live dealer-style games are gaining in popularity, but will they define the future of online casino gaming? Or will VR technology become even more accessible and take the lead? Who knows, maybe both technologies will come together to give players the best online casino experience. 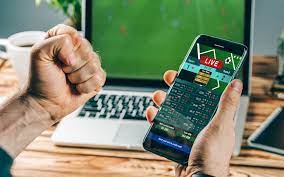